Father’s Day is Sunday and I wish all of you Fathers out there a Happy Father’s Day. May 5th, 2009 was the day I joined the fraternity of fatherhood. A day I’ll never forget. My ex wife had to have a c-section so there was no midnight rush to the hospital or 24 hour labor. I remember taking 4-6 Benadryl pills to keep me from passing out or getting sick in the delivery room. I remember sitting and holding my wife’s had with one hand and her vomit bag in the other. Remember being so nervous. I just wanted my son to be healthy just like any other father hopes for. Then the time arrived and my son was announced to have been born. I’ll never forget how they showed us the baby and then how quiet it was. It seemed like forever before we heard a sound of out him. Finally you hear the cry and it’s like immediately instilled in your brain that the sound you hear is specific to your son. That when you hear that cry you know it’s him. Because it was a c-section he was handed to me first. I looked down and was in love. That was my baby boy. That was my son. That was going to be my best buddy. That was going to be my partner in crime. I knew it was going to be a boy all along but once I saw him it was like meeting your best friend forever for the first time.

My son was more than I could have ever asked for. I traveled a lot for work but he relished every moment we had together. We had our own 13 step secret handshake. He would only ride rides at Disney with me. We had a tradition the first day at Disney we would go pick out hats to wear. Whatever hat he picked out I had to get the same one. At the age of 4 we signed him up for soccer. Our first practice we discovered out of the 12 teams his team was the one that didn’t have a coach. Me having never played soccer unless it was on an xbox or playstation didn’t know anything about coaching but I did it. The best part of it was that the kids were ages 4-6 and the parents didn’t know a thing about soccer or they would have been coaching. So if I ever made a mistake no one even knew. It was amazing being on the field with my son who was a kid that tried his hardest. He was tall for his age with me being 6’4. His athletic ability hadn’t caught up to his size yet. But it never stopped him from trying. The hardest time I had was separating coach from dad. I’ll never forget the excitement on his face when he scored his first goal and how I jumped on the field when he scored but quickly had to compose myself cause I was still the coach of the other kids as well.

I remember the first Father’s Day gift I got from him. Of course he had help from his mom but it was a poem called walk with me daddy with his foot prints pressed onto the paper. I still have that in a frame. Everything in that poem is what I wanted to do with and for him. Unfortunately as much as I like to talk about the good things I must admit I wasn’t the greatest father I could have been. I learned a lot through my divorce where I fell short as a father. I didn’t spend as much time with my son as I should have. I worked to much. As a kid I never saw or felt physical affection so it wasn’t something I learned and never knew how to show my son. My way of showing love was by paying the bills and taking care of every need and want that he had. I wasn’t very patient. I worked at a high level and always expected people to pick up things I showed them after the first or second time. Years ago I can recall thinking to myself how in the world do I expect a 4 year old to watch me kick a soccer ball twice and instantly be good at it. But patience and showing affection was a gift from my divorce. I knew he needed those things from me just as much as from his mom. I was proud how I grew in those areas. 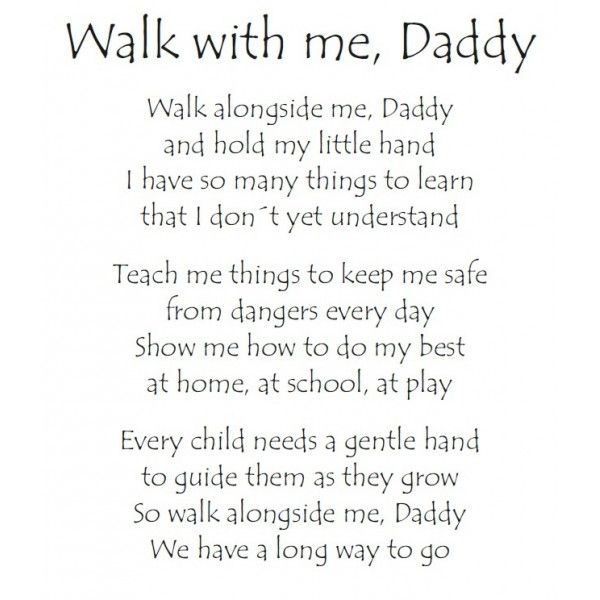 Over the last 4 years I’ve been apart of my sons life for just 10 months. Due to my sudden crash from my depression and other mental illnesses he and I were separated. I loved those 10 months but when he wasn’t with me during that 10 months I’d be in bed. If it wasn’t my week or weekend I’d be holed up in my bedroom with windows covered in black so no light could get in. I had attempted suicide 5 times and one more was about to come. During the 10 months we were together I was living on my severance package from my previous employer. It was about to run out and I had no luck finding a job. That Christmas he spent with me. I spent at least $1500 that year on gifts for him because I was already planning my exit. I wanted him to have a Christmas to remember. But shortly after Christmas once my severance had ended and savings dried up I was scrambling for money. I would miss a weekend or a midweek visit because I was broke. I’m ashamed to admit it but I actually returned some of the gifts he never took out of the box just to be able to have food to eat. Imagine that feeling as a father; returning the gifts you bought your child for Christmas just to be able to eat.

Finally it was the midweek visit before Easter. I had sold my golf clubs, all my dress shirts for pennies on the dollar just to put a Easter basket together and take him for some dinner. It’s a surreal feeling to drive to get your son knowing the 2 hours you have will be the last time you will ever see him. We went to Chuck E Cheese and played some games. I remember when we left helping him up into the jeep and he was so proud of this book he had that we went through it page by page. It was a book on how different animals have been used in wars over the years. We finished looking at the book and I gave him a big hug and a kiss and closed the door. We drove to meet his mom and before he got out he gave me another hug and said I love you dad.

I pulled away quickly with tears rolling down my eyes knowing that in a few days his life would never be the same and its going to be my fault. The day after Easter I cleaned up my house, finished boxing up my things. I left drinks and snacks on the kitchen table along with an apology letter to the first responders. I hated that they had to come get me when they could be used to help someone who wanted to live. I stood at my counter and downed 9 shots of tequila, took what I had left of my trazadone and retreated to my basement. I had my noose set up and secured to a support beam. I got on my knees and slipped the noose over my head. I was to chicken to just do a dead drop so I went with the slow hang instead. I remember my fight to live as I gasped for air and tried to stand up as I was dying but I never made it to my feet. But I survived. I’m here for a reason. We are all here for a reason.

After getting out of the hospital I was summoned to court and given a 90 day PFA to stay away from my son. I was only allowed to send him a birthday card. No Father’s day card for me, no birthday card for me. I was cut off. After the 90 days I had to agree to sign away my joint legal custody. I was given visitation of 4 hours every other Saturday and Sunday and 2 hours every Wednesday. But the problem was that I was in no condition to see him. Shortly after getting out of the hospital my Jeep was taken by the bank. I was relying on my sister to take me to therapy appointments and she bought my groceries every week. And my hot water was turned off. I went 6 months taking cold showers. Only meals I could cook were in the microwave or the grill. I couldn’t subject my son to that type of situation and I wasn’t right in my own mind. I was still pissed that I survived. I knew to see my son again that I had to be able to guarantee that I would never do anything that would cause me and my son to be split up again. And that wasn’t an easy overnight process. This will be the 3rd straight Father’s Day without my son, but there won’t be a 4th. I’m going to see my son one day. I just believe it.

I want to say something to my son Connor. I love you bud. Always have and always will. Not a day goes by that I don’t think about you or miss you. I don’t want you to think for one second that I’m mad or hurt that you are scared to see me. Guess what, I’d be scared too. I was fortunate to have more than one son. I had 3 sons. I had a son who was funny. I had a son who was smart. And I had a son who was kind and loving. Fortunately for me Connor they were rolled into you. You are the most amazing boy that a father could ask for. I’m sorry we’ve been apart so long but just know that I’m here and I will be here. You are the reason I’m still here. I love you and miss you so much son. 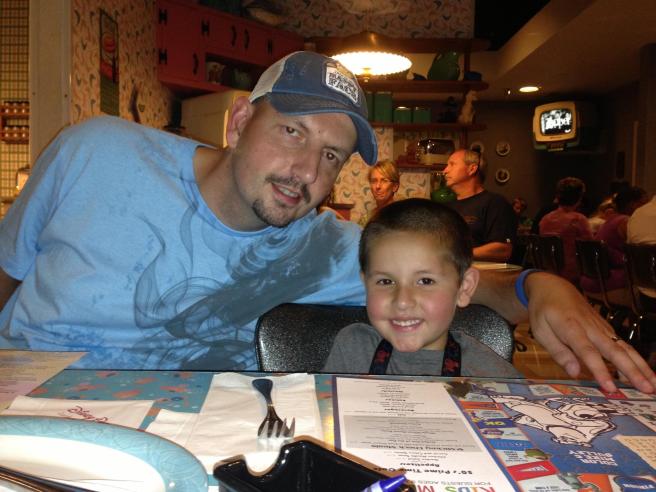 Finally to all of you Fathers out there that struggle with a Mental Illness. Don’t let your mental illness become your child’s crutch in the future. It is our responsibility to show our children that even though we are diagnosed with an illness that we don’t want and never asked for that we can still succeed in life and love. It is our responsibility to make sure that was defined us does not have to define them. Just because we have an illness doesn’t mean we have lost the ability to love our children. And never let yourself believe that you are less of a father because of your illness. I don’t want my son 20 years from now talking about his failures as a father or husband because he never learned things from me because of my illness. You are not just their father, you are their superhero, you are their everything. They need you as much as you need them. Don’t allow yourself to be a statistic or a definition of a diagnosis. You are a father and that’s the only title and statistic that matters. Happy Father’s Day everyone!

View all posts by thementalhealthfog